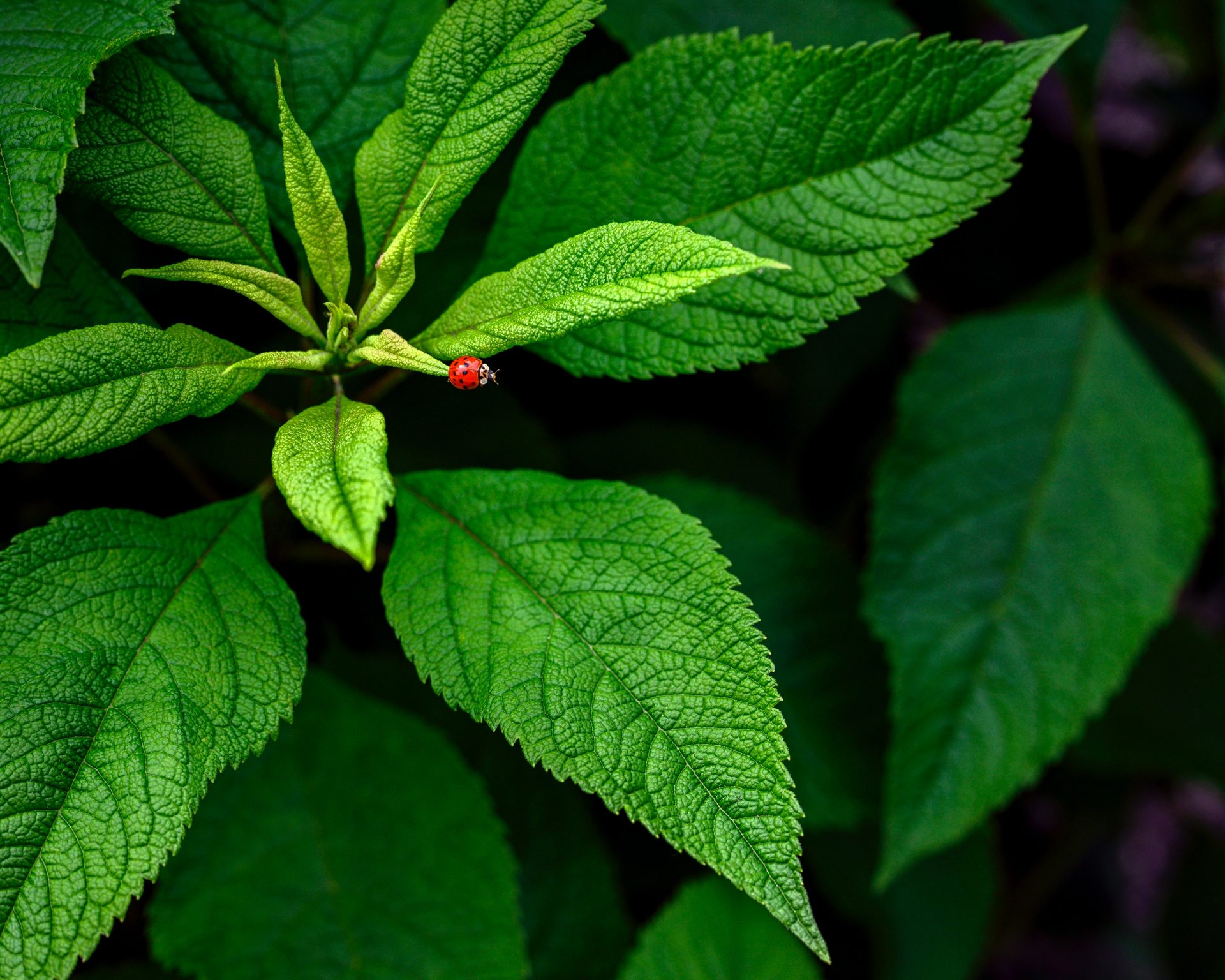 1500 Ladybugs – A Metaphor for Choices

By Dr Donna MarksJanuary 16, 2023No Comments

Recently, I purchased a majestic philodendron that I proudly displayed on the patio. But soon, it showed signs of an infestation, confirmed by a trusty plant app. The white patches on the base and the back of the leaves were mealy bug larvae. Not wanting to use poison on the plant, I searched for a natural remedy. The best solution seemed to be ladybugs, so I placed an internet order. A few days later, a small, white netted envelope arrived containing 1500 ladybugs. I dutifully read the directions – water the plant, then, at night, release the bugs onto the targeted area. Rather than force them out of their temporary home, I cut off the top of the package so that they could emerge at their own pace.

The following day when I checked on the project, it was fascinating to see the different responses to their new home. Most ladybugs were traveling up and down the leaves in search of food, just like us. A few had flown off the plant (maybe too crowded or wanted to go back home) and ventured onto furniture or the ground, risking the danger of getting sat or walked on.  Only the strongest of these risk-takers would survive if their independence took them to new discoveries. Some ladybugs left the nest and found a place to propagate, showing no interest in food whatsoever.

Some of the ladybugs refused to leave the netted package. Every morning, I’d gently shake the remainder from their temporary nest, and a few let go, but some remained firmly entrenched. Finally, after five days, about a dozen ladybugs remained. I was worried they would starve or become prey to another predator, so I tried to remove them. But no matter how violently I shook the sack, they relentlessly clung to the net. I thought about some of the people who wouldn’t leave their homes in the recent Florida hurricane, and tragically, it cost them their lives.

I was reminded of times when I was afraid to make a change or let go of someone or something that entrapped me. My ego told me one of us would not survive or would be miserable by letting go. That fear kept me in the trap. And then, when the universe shook me, I took it personally – like someone or something was out to get me. I didn’t realize it was self-imprisonment that was causing my pain. All I had to do was let go and venture onward, trusting that I could adapt and have a better life with that newfound freedom.

I learned to appreciate freedom. Some of us don’t want it. We hold on until the pain becomes so great that we’re forced to change or self-destruct. But once we’re weaned from our nest, we’re meant to be free. We’ve been given the tools to survive – there’s a connection between our internal navigation system and our environment. We simply must follow that natural evolution and embrace the process. We can remain firmly entrenched in our imaginary safety zones or embrace the new.

Life is an adventure meant to enjoy. If we refuse to let go of the mental prison that binds us, we will not appreciate all we have. We will be like the ladybugs placed in paradise with all that any ladybug could ever want, except without gratitude for all the blessings. Freedom means free will. It’s always a choice between letting in love or staying entrenched in fear. Love is all around. We can step out of imaginary safety zones and into a life of love anytime. The choice is yours.

JOIN OUR MOVEMENT TO SAVE MILLIONS OF LIVES FROM ADDICTION.