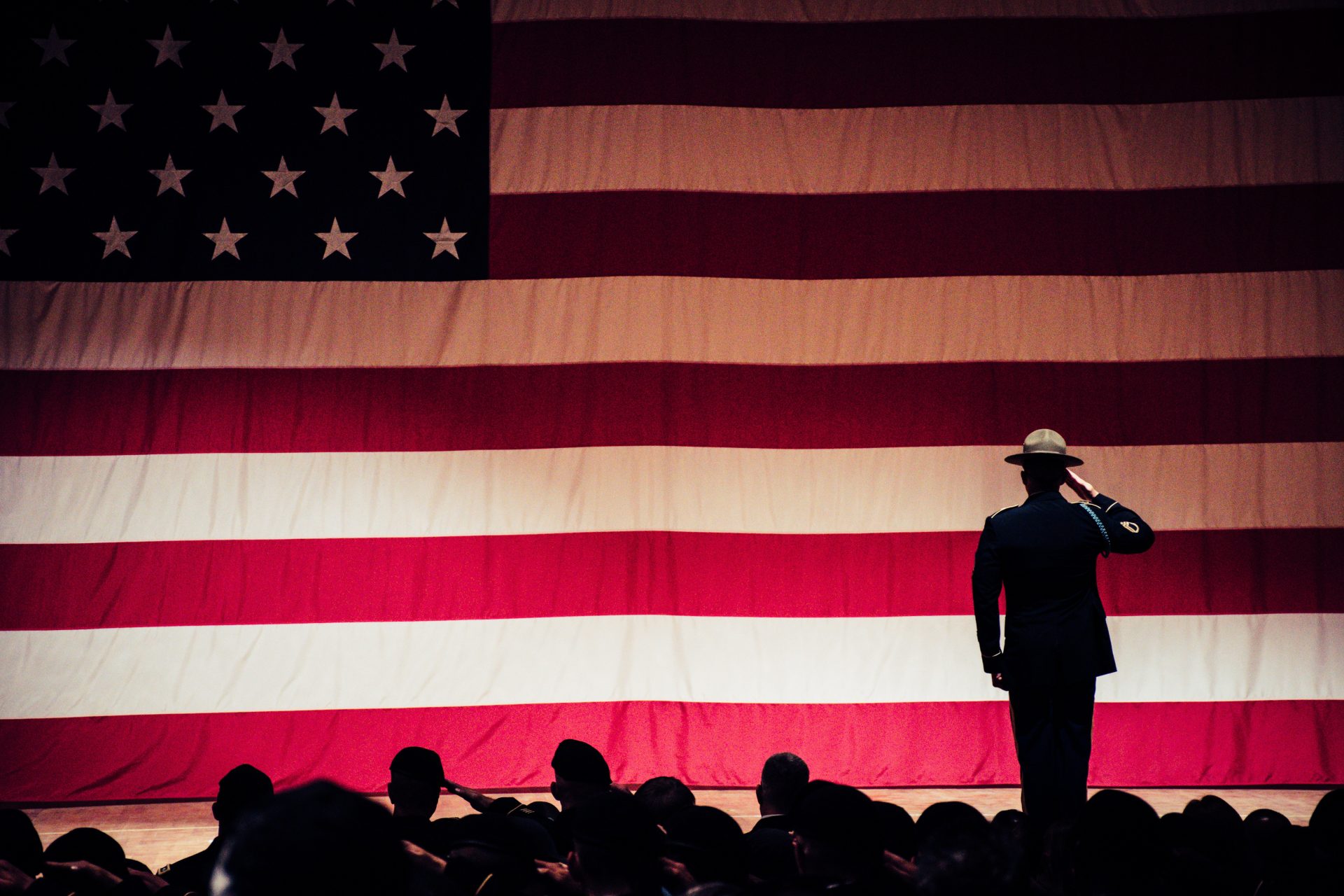 My Trip To The Veteran’s Administration

A few days ago, I visited the V.A. for the first time. It was one of the most touching experiences of my life. I was there to check on my mom’s assisted living benefits as the widow of a vet.

I‘d dreaded going to the V.A.  I have a disdain for bureaucracies. I’d always felt like there was too much red tape, too few answers, and a lack of caring. But this time was different.

From the time I drove through the front gate, I felt flooded with emotions from the past as well as what I witnessed in the present.

My stepfather and primary paternal parent served in the Air Force until he was medically discharged with total disability resulting from a heart attack. He’d battled in the Korean War and suffered Post Traumatic Stress Disorder. I often heard him screaming during his wartime nightmares. He drank to forget. It didn’t work. His alcoholism, combined with the constant moving, left me with my own PTSD and painful memories.

But on Monday, my entire perception of the military changed.

From the moment I stopped at the gated entrance, I was greeted with a smile and warm guidance on how to navigate my way to the benefits center. Once inside, an equally kind security guard assisted me to the next destination. In the past, when I’d encountered people in these types of positions, I often experienced robotic, cold, disinterested individuals. But, of course, that could have been my perception and attitude as well. I expected things of people rather than be the kind of person I wanted from others.

Once past the security, I was at the main counter speaking with another kind and lovely woman, who told me she was also a veteran widow. She asked me to wait. The person who could take me to the desired destination would be back in a few minutes.

As usual, to kill time, I checked my phone for texts and emails but didn’t have any. This meant I had nothing to do other than observe my surroundings. As if descending from fog and walking into a third dimension, dozens of vets came into focus. I could tell the generation from which they came by their tattoos, hairstyles, and dress. I heard whisperings of clothing allowances, hip replacements, and medications — all referred to as “benefits.” ‘How odd,’ I thought.

I was flooded with memories of the many people with whom I spent my early childhood. We were a family, blacks, Asians, Hispanics, Native Americans, and I had no awareness that we were different. I was utterly unequipped to deal with the hostility that existed back in Palm Beach County, where my stepfather retired during the ’60s. I couldn’t understand why everyone didn’t eat at the same table, dance at the same dances, and play at one another’s homes.

As I returned my interest to my surroundings, I could see many vets were my age. I was standing in my suit and heels, and they were standing (or sitting) with the help of their canes, walkers, and wheelchairs. Some had lost legs or arms. Pieces of them had been sacrificed in service to others. I was overwhelmed with emotion and gratitude for them and my own past military experiences. Though we were so far apart, I felt a kindred connection.

As I drove away from the V.A., my heart was so heavy I thought it would sink to the bottom of my soul. But my feelings weren’t unwanted.  Instead, I embraced the gratitude, memories, losses, and the reality of what these human beings meant to me. I let go of much resentment about my childhood on Air Force Bases. I never had a clue about the struggles my parents went through. I now understood the importance of those experiences. My constant relocation had given me an adventurous, fearless spirit as well as the ability to be flexible and adapt. Skin color had no meaning to me. I learned a different sense of family. I experienced arctic climates (Labrador) and supernatural sights (Aurora Borealis)  that many don’t get to experience.

My trip to the V.A. was an opportunity for unexpected healing and miracles. A Course in Miracles has taught me that miracles are a change in perception, and did I ever get the full quiver of heart-felt miracles that day. So, whether you’ve ever been in the military or not, I’d recommend everyone take a tour or get to know some vets.

There’s never a shortage of places to share and receive love. Love of our homeland and those who have served it is an excellent place to start.