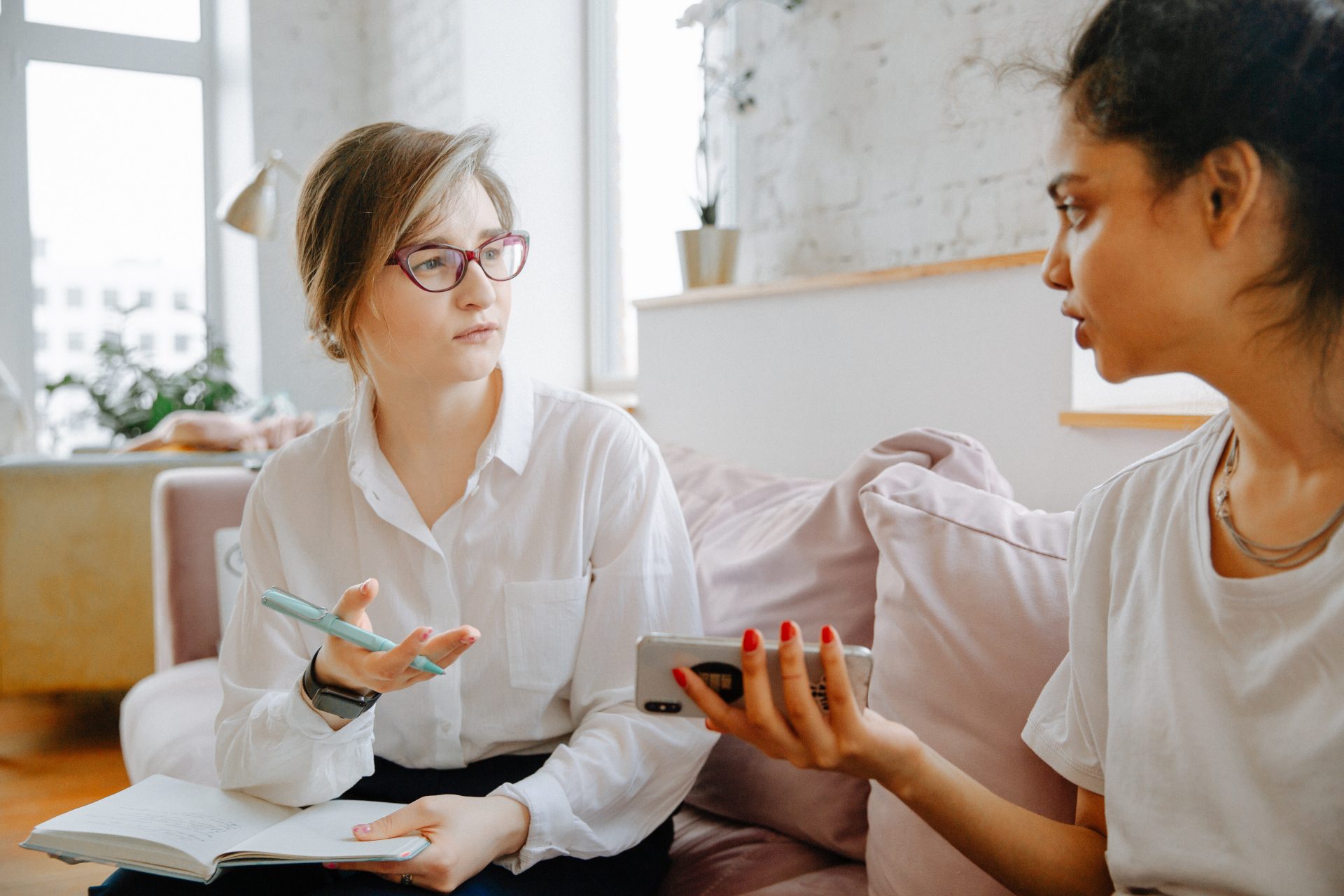 It’s human nature to want to back away from a conflict. Many people have witnessed conflict as destructive, with one or more people getting hurt. The underlying fear creates a feeling of discomfort, and we tend to avoid discomfort at all costs. But disagreements and differences have many positive components. When they are approached healthily, they provide the opportunity for growth and expansion of thought. Conflict also aids in making better, balanced decisions.

If you want to grow from conflict rather than shrink away from it, there are specific ways to keep the disagreement safe and productive.

When both people view a particular situation, attempting to change the other’s opinion is a losing battle.

When someone says or does something that you don’t like, approach them with respect. If it’s an opinion with which you disagree, tell yourself you might be able to learn something from this point of view and keep an open ear and mind. Avoid eye-rolling or sarcasm. Attack the problem, not each other. Consider the possibility that both of you could be right and wrong about some of the facts.

When they are finished expressing their view, define your own opinion. Be sure to clarify where you agree and differ without trying to change the other persons’ mind. You may never agree, but you have at least started to build a bridge to better communication.

Many conflicts occur over broken agreements. So first and foremost, always be sure you are clear and, if necessary, put the deal in writing.

It’s easy to think that you understand each other. For example, you might mention to a (plumber) friend that you need to repair your toilet, and your friend might offer to do it for you. You assume that since it’s your friend, it’s a favor, so when the person gives you a bill, you are hurt and shocked. You might pay the bill and never speak to the person again. The other person may be left in bewilderment, never knowing what they did wrong. It’s a lose-lose solution. All of this could have been avoided with clear communication.

Referring to a business agreement can resolve many disagreements, so be sure to have one and read it carefully. If there is a dispute, there is a fact-based contract to hold both people accountable. Never assume anything.

If a conflict is approached from who is right and who is wrong, it’s not likely to be resolved—sifting through who – said or did what – is time-consuming and exhausting. The conversation will burn out or escalate tensions rather than resolve anything.

A win-win attitude means you approach a conflict in a way that both people can walk away feeling good about the conversation. No one has to be right; the focus is on an amicable solution to the problem. Taking the above example with the plumber friend, when presented with the bill, you could say. “I misunderstood. I didn’t know you were going to charge me. We didn’t discuss a fee. I shouldn’t have assumed differently.” The plumber could reply, “I guess we could have talked about it. I had to buy the supplies, and I’m only charging a minimal fee.” One of the persons could say, “Since neither of us was clear, how can we resolve this so that we’re both comfortable and it doesn’t interfere with our friendship?”

A win-win attitude means you don’t pass the potato while it’s hot. You wait until you cool down, and you are not likely to be triggered. When you are calm, your brain is rational and able to stick to solutions rather than turmoil.

A win-win attitude means you approach the conflict in a kind and loving way rather than attacking and hostile. Putting someone on the defense will push a lose-lose outcome rather than create receptivity in the other person. For example, rather than making an accusation, you could say, “I think I must have misunderstood something. I thought you told me _____________, or that our agreement says _____________, is that what you recall?” You now open the door to a civil conversation with which both can live.

Conflicts are uncomfortable, but they are also the doorway to closer relationships. If you perceive them as opportunities rather than avoidances, you can create deeper trust in the relationship. People who work through conflicts in a mutually amicable way have learned to feel safe and that both persons will put the relationship above all else. They are choosing love over fear – always a win-win approach.