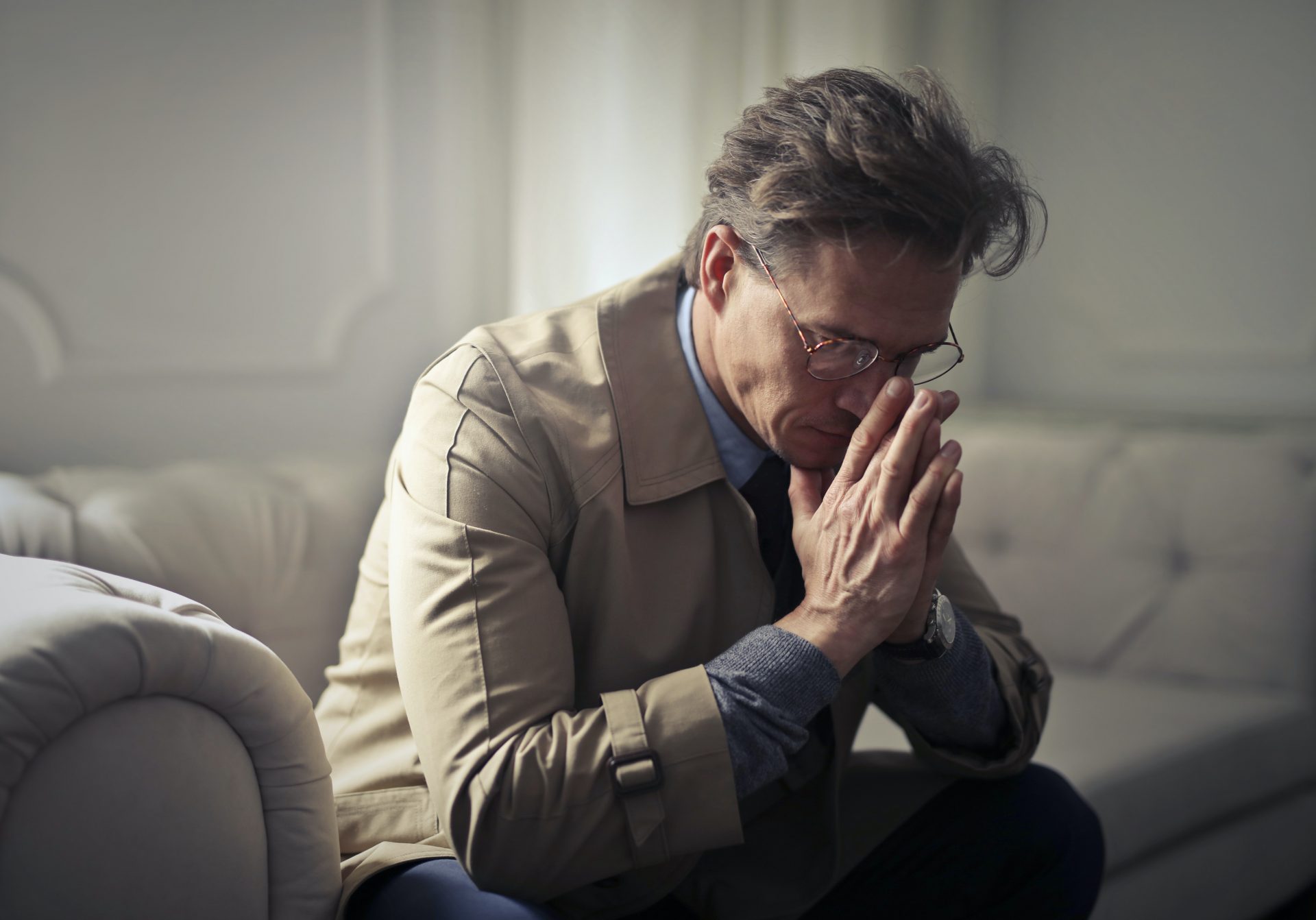 By Dr Donna MarksFebruary 6, 2021No Comments

Abuse of parents by children is rarely discussed. There’s plenty of help for adult children who have been raised in dysfunctional families, those harmed by parents with addiction, or some other type of mental health issue. ACA (Adult Children of Alcoholics and Other Dysfunctional Behaviors) provided through Al-Anon is a powerful movement that has helped many people heal their wounds from unresolved childhood pain. But the program is not intended to make a life-long career of being a victim.

There’s also no shortage of recognition for elder-abuse. Anyone (child, employee, or otherwise) who behaves in a harmful way toward an elder would be considered an abuser. When a vulnerable elderly adult suffers emotional, financial, physical, sexual abuse or neglect, the National Center for Elder Abuse can intervene and provide protection.

Besides a few articles written in the United Kingdom, this ever-growing problem of parental- abuse has been relatively ignored. Parental abuse by teens is commonly reported, but adult-child to parent is rare. Psychology Today (10/28/18) titled, “The Three Signs That You’re Being Emotionally Abused by Your Adult Child,” provides a good overview of the problem. The article outlines unjustified blame, put-downs, and manipulation, but the problem is far more extensive than this.

Any parent who is repeatedly abused by a full-grown offspring would classify as a parent of a dysfunctional adult-child.

Types of parental-abuse are the same as any other category; physical, verbal, and emotional.

Physical abuse occurs when physical contact hurts. It could be overt, such as slapping, shoving, strangling, striking, torture, or covert, such as painful pinching and squeezing too tight.

Verbal abuse involves name-calling, screaming, or otherwise berating a parent. Like physical abuse, this behavior is demoralizing and serves no positive outcome.

Emotional Abuse, the most common, is any form of deliberately causing a parent emotional distress without provocation.

The two most common forms of emotional abuse are blatant disrespect and gaslighting.

Putting a parent down, contemptuously belittling their opinion, scoffing, shaming, and repeatedly throwing past mistakes in a parent’s face are common forms of emotional abuse. Manipulating a parent to achieve the desired goal and then returning to the former abusive behavior is also common.

Emotional blackmailing occurs when the child reminds the parents of their past failures and shortcomings even when they have acknowledged and apologized for those wrongs. Some adult-children keep the dysfunctional cycle going by attempting to turn other siblings or enrolling other sympathizers against the parent regardless of their efforts to do better.

Gaslighting occurs when a child does something devious and then attempts to deceive the parent that it didn’t happen. Another tactic is to blame the parent for any mistakes made by the child. “It’s your fault, I’m this way. If you hadn’t done _________, I wouldn’t be like this.”  This form of torching keeps a parent in a constant state of defensiveness and effectively wards off any personal responsibility.

Whether conscious or unconscious, all of these behaviors are not productive and are not beneficial to either parents or children.

A child who has been raised in a dysfunctional home has every right to address any unresolved trauma. The current trend, however,  is to blame without clear, healthy guidelines for productive, healing communication. Parents get blasted or blindsided without any association to the event and no platform to address their child’s pain. Even worse, there’s no end to the blame game.

If the intent is to heal the relationship, and it can’t be done without help, it is best expressed in therapy either individually or as a family.

Some parents are so sick and did so much damage to their children that any chances of healing are dire. Many of these parents cannot or will not take responsibility for their actions.

Most parents, however, who raised children in a dysfunctional environment did not intentionally do so. Until the last couple of decades, there was very little available on the best child-rearing practices.

Teenage parents, parents raised in dysfunction, parents in poverty, parents who were imitating the same child-rearing methods and didn’t know (or couldn’t do) better, parents who are emotionally wounded are all examples of people who were limited in their ability to provide the healthiest environments.

These same parents usually feel guilty and are the ones most susceptible to parental-abuse.

It takes two to continue a cycle of abuse. Most parents have difficulty standing up for themselves because they feel guilty. When they are repeatedly blamed for their child’s problems, the parent will remain gut-hooked.

Parents who feel guilty are doing a disservice to themselves and their children. It’s a way of communicating, “Yes, I was a bad parent, and I deserved to be forever punished.” Or they get angry and counter-attack which only leads to more guilt in the long-run. This mentality keeps both the parent and the child locked in the past; only the victim now becomes the perpetrator. This scenario offers no room for correction or forgiveness.

To be released from guilt, you have to decide you’re done with being a slave to an emotion that serves no purpose. Then you face your mistakes, acknowledge them, and forgive yourself. If you can’t do this alone, get professional help. Once you are in a place of peace, offer to go to therapy with your child so that you can heal together. If the offer is refused, it only means your child is not ready to forgive, but that doesn’t mean you remain guilty. Only you can set yourself free, and only you can keep the crown of thorns off your head.

But first, you must set some boundaries.

Face It & Replace It

When it’s done constructively, talking about the past is a good thing. Memories should not be buried alive. Healthy parents are willing to address the past and provide a safe place for their children to heal. But when an ongoing resentment is continuously regurgitated, it is harmful to the parent and the child because it keeps both people in bondage.

Refueling past resentments will only create separation. Lory started attending ACA because, after ten years of recovery from addiction, she continued to “attract unhealthy relationships.” Once she began addressing her painful childhood, she became angry and blasted her parents for being “drunks” and “sex addicts.” Even though both parents were in recovery and had already made amends to her, she continued to remind them of their past mistakes. They began to dread being around her and started to avoid Lory. This only further fueled Lory’s feelings of abandonment and rage. After three years in ACA, Lory felt worse than when she first started.

Talking about the past works best with ground rules and boundaries.

First, there should be an agreed-upon time. Both people should be respectful and listen to one another, each having time to express themselves. Amends should be made, followed by a willingness to forgive.

Shane and his mother, Sarah, came to therapy to talk about his childhood to achieve forgiveness. Shane told his mother he was hurt and angry that she did not protect him from his father, who in a fit of rage verbally abused him and often struck him. He told her the pain caused him to rebel and start drinking and drugging. He didn’t want to blame her, and he just needed to say that he couldn’t understand why she allowed that to happen. Sarah listened and told Shane that she was sorry and that she wished she had been stronger. She was dependent and was too scared to stand up to her husband. She told Shane the one time that she did confront him, he threatened to kill her. She said she was very sorry, she wished she had gone to the domestic violence shelter sooner, but she was too afraid of the unknown, felt too beaten down, and didn’t know how she would financially care for the family. She told Shane she was glad he was getting help, and she would support him one-hundred percent. The session ended in tears and embrace. Shane continued his attendance in ACA and therapy for a year, then, feeling complete, went on to live a life of his own creation, not encumbered by the past.

If you and your child want genuine healing, you will find the way, and you will succeed, but it takes two. If your child is abusive, you have to be the one to set the boundary. Offer to get help together and, if refused, accept that your child doesn’t want the help and chooses to keep their imaginary power over you. But, you can still decide that you will no longer be criticized or otherwise serve as an emotional punching bag.

Going forward, whenever you are attacked, you immediately put an end to the conversation. For example, “I love you, but I’m not going to listen to this again, we’ve already been over it several times, and I’ve apologized. I’m going to hang up (leave) now, and we can talk later.”

Childhood pain can’t be a license to remain a blamer or a victim. Recovery is about addressing the trauma, feeling and healing it, and then learning how to be healthy, productive members of society. Some families will facilitate this process, and some won’t. In either case, no one will take better care of you than yourself.

If you are an abused parent, choose love over fear and stop being the recipient of your child’s dysfunctional behavior. Only then will you be affirming that both you and your child are better than the past and have the possibility of a better future.