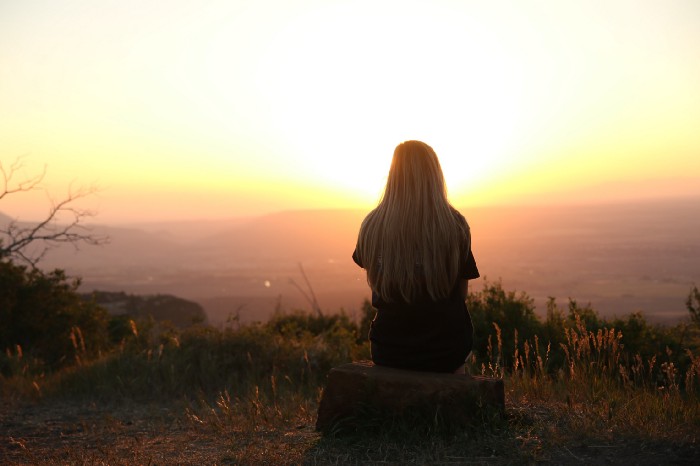 Forgiveness — The Key to Happiness

By Dr Donna MarksOctober 11, 2020No Comments

According to A Course in Miracles, forgiveness is the key to happiness. But what does it mean to forgive? And what does it have to do with being happy?

Forgiveness is the voluntary release of negative feelings toward someone whom you feel has, in some way, harmed you. It is the letting go of resentment and replacing a bitter feeling with neutrality or even compassion.

Once healed, some people can replace the grievance with gratitude. A person who goes through an unwanted divorce, grieves the loss, and goes on to meet someone who is a better fit, is an example.

Sometimes, the violation is so severe; it’s difficult to heal. When a person loses their life savings through a dishonest partner or business transaction, when an innocent loved one is murdered, when justice fails, the inequities are so severe that the intensity of the trauma thwarts the healing process. In these cases, life makes no sense. The violations are against the grain of natural human behaviors — and impossible to justify.

While it may not seem of much consolation, most abusers have been abused. Children who have been abused often internalize and bury the violation, and then unconsciously reenact that behavior later on. Families of addiction and crime are examples of victims who later become perpetrators.

Not all victims become perpetrators; some remain in the victim role. Debilitated by the feelings of worthlessness endured in childhood, they become stuck in the position of confused and subservient. For example, children of addicts often marry an addict, and sometimes they have addicted children who also exploit and manipulate them through guilt.

A Course in Miracles teaches us that no matter what has happened, we can heal. Since we are not only human but spiritual, it is only natural that we are forgiving.

The most important part of the forgiveness process is recognizing that underneath the resentment toward another person is self-condemnation. “I should have known better,” “What did I do to cause this to happen?” “It’s my fault because I didn’t listen to my gut,” are examples of pervasive thoughts felt by victims.

Permission to be human and understand why we made the decisions we made can offer the release from the bondage of self-condemnation.

Another essential aspect of forgiveness is to recognize that we need not be victims. When we learn to love ourselves, we are empowered to act from a place of strength rather than weakness. When we come from love, we are not the perpetrator or the victim.

One patient, Diedre, was depressed ever since her husband left their marriage to be with her best friend. He also took control of their bank accounts and used his financial success as leverage to control and manipulate their two sons, who chose to live with him. She had a part-time job, but she felt trapped without the financial means or the physical stamina to hire a good attorney. The violation of trust and the loss of everything near and dear caused Deidre to sink into an overwhelming depression and subsequent illness that further debilitated her.

Diedre’s healing began to move from shock to the reality that she had been betrayed in every sense of the word. Her entire world had been pulled out from underneath her by the two people with whom she most trusted, yet she blamed herself. Diedre had to embrace her anger and allow herself to vent it in therapy until it was completely dissipated. Then, she was able to access the underlying fear; that she had no value to anyone.

Anger was something Deidre had been taught to suppress. Rather than teach how to express anger appropriately, her adoptive parents told her it was sinful and disrespectful. Her parents had emotionally crippled Deidre’s ability to stand up for herself and speak her truth. Having been disarmed of a self-defense system, Deidre was primed to be the victim of someone who could dominate, control, and then leave her penniless and bereft.

Slowly, Deidre began to connect with her feelings and find her voice. As she put together the pieces of her life, she recognized that giving her husband dominion over her life had been a reenactment of her childhood. As Deidre learned to listen to her feelings and learned to express them in an assertive yet loving way, she became her own best parent. Consequently, she achieved better emotional and physical health as she learned to negotiate a fair balance between herself and others. As her progress continued, she developed a dreamed-of career and received several awards for her accomplishments. While her children remained with their father, Deidre avoided placing herself in competition and focused on teaching them love and respect for all family members. Later, Deidre met a man with whom she found true love and genuine compatibility and ultimately wed.

Forgiveness isn’t about ignoring the trauma. It does no good to bury something alive. Forgiveness means no longer holding judgment over anyone or anything. Facing what happened, grieving, and then letting go of the pain is the doorway to forgiveness.

Forgiveness may happen quickly, or it may take some time, but when we face the pain, and continue to release it, healing will happen.

Forgiveness is like the pearl inside of the oyster — beneath the tightly closed shell holds a work of beauty. When we heal the trauma, our shell can open, and we will be left with a pearl of wisdom and strength. All forgiven experiences can form a glorious strand of pearls to be worn with dignity and grace throughout one’s life.

Donna Marks is an educator and licensed psychotherapist and addictions counselor in Palm Beach, Florida. In 1989. She has worked with over 6,000 clients. Donna’s struggle with addiction brought her to a worldwide search for healing. She became licensed as a Mental Health Counselor in 1987. In 1989, she earned a Doctorate Degree in Adult Education, then became Certified in Addictions, Gestalt Therapy, Psychoanalysis, Hypnosis, and Sex Therapy. Donna developed an award-winning addiction training program at Palm Beach Community College. She co-owned an outpatient treatment program and is a consultant to treatment centers. Donna is the author of the multi-award-winning, Exit the Maze-One Addiction, One Cause, One Cure, and created an online course for people who want to be cured of addiction.

To find out more about Dr. Marks’ unique approach to draining the value out of any addiction visit https://drdonnamarks.com/etm/ and receive a FREE copy of her award-winning book “Exit the Maze: One Addiction, One Cause, One Cure.” (You just cover shipping and handling).