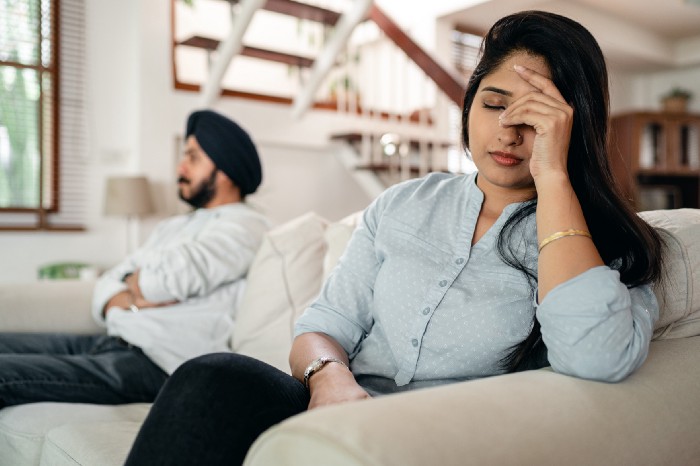 To sabotage is deliberately to undermine or destroy something. A saboteur is a person who sabotages a particular situation or event. Every recovering person with whom I’ve ever worked has a saboteur in his or her life.

The most common saboteur is someone in the family or a co-worker. As shocking as it may seem, the closest people (consciously or unconsciously) undermine the recovery of an addict.

Honey, I Love You to Death

Mary just returned from rehab for alcoholism. Her family wanted her to stop drinking, but none of them were interested in going to Al-Anon or educating themselves about the “family illness” of addiction. They all like to drink and thought nothing of fixing cocktails before dinner or pouring her favorite wine during their meal. Mary hears the tinkling of the ice in the glasses and finds her mind wishing she could join them. At dinner, she’s salivating when she gets a whiff of her favorite pinot-grigio. She starts hoping she could just be normal and drink like everyone else. It doesn’t take long before she convinces herself that she can.

Roger worked for a wealth management company and was forced to go to treatment for drug and alcohol addiction. Like the dysfunctional family, the dysfunctional corporation did not deem it necessary to learn about addiction in the workplace. On the first Friday that Roger returned to work, his co-worker begs Roger to go with him to the local bar. Roger feels so good about himself; he doesn’t hesitate to oblige his friend. As Roger sits at the bar feeling more and more uncomfortable, a beautiful woman sits down next to him. Rather than leaving, he tells himself it’s the gentlemanly thing to offer to buy her a drink. Four hours later, they both leave the bar drunk.

Susan is recovering from gambling addiction. She attends Gambler’s Anonymous meetings and goes to therapy. When her husband comes home from work, he frequently starts an argument. She asks her husband to go to therapy with her, but he says he’s not interested and tells her addiction is not his problem. She’s given him some pamphlets to read, but they’ve been sitting unread on his desk for months. One of Susan’s triggers was to go to the casino when her husband worked late, and she was bored. Without the outlet of gambling, Susan feels increasingly lonely and discontent. She finds herself surfing online gambling sites and fantasizing how fun it would be to get back to the crap table. She’s only a step away from doing just that.

Jennifer is a member of Debtors Anonymous. She’s a shopaholic and has twice filed bankruptcy for credit card debt exceeding $50,000.00. She and her husband, Harold, have put a budget together and have followed it for several months. One night, Harold brings home a brochure for a trip to Hawaii that would put them thousands of dollars into debt. Jennifer suggests they save for the trip, but Harold stomps off, grumbling that Jennifer is no fun anymore. Jennifer doesn’t want to see her husband upset, so she complies, dismissing all of her progress up to this point.

Sam has been attending a food addiction program for three months and is feeling good about himself. He’s not only lost 25 pounds, but he’s also making new friends and enjoying the fact that he has taken control of his life. Sam lives at home with his mother, Julie, who gets her good feelings from seeing Sam enjoy her home-cooked meals. But underneath that pleasure is her real concern that when Sam gets in shape, he will meet someone, and she will have to live alone. She sees how hard Sam is trying to obtain better mental and physical health, but she continues to make his favorite pasta dish and chocolate cake. Sam resists for many weeks, but in a vulnerable moment after an argument with his boss, Sam succumbs and has a piece of cake. Later that same night, he’s in the kitchen, finishing off the rest of the cake one bite at a time.

These are typical examples of people who are struggling to overcome addiction and have a saboteur in their lives. The saboteur is often left out of treatment and aftercare. Confronting the saboteur is almost always guaranteed to create an adverse reaction. The saboteur has a secondary gain in the addict remaining sick — an underlying sense of control. The saboteur’s goal is to focus on the addict and avoid personal change at all costs. Treatment should always include all significant people in the addict’s life.

The Biggest Saboteur of All

The worst saboteur of all is in the addict’s own mind. The addictive part of the mind is like a drumstick that relentlessly beats to the tune of, “Go ahead, you can do this; you should do it, why not?” With enough external stress or temptation, that beating drum will likely win. It doesn’t take long for addicts to find that the first slip eventually takes them all the way down to the bottom rung of the ladder. Climbing back up gets harder each time.

An addict has to understand that addiction is a family illness. It is unrealistic to expect family and co-workers to be well. Each member has been operating within a dysfunctional system that has kept everyone from looking at themselves. As long as the focus is on the addict, their significant others don’t have to struggle with their own demons.

Change is difficult for any family, and it takes time to adjust. Going to meetings, personality changes, new friends, all threaten the status quo. It’s often difficult for a concerned other to support behaviors that might mean the ending of a relationship — family, business, or otherwise.

The only way to stop addiction and stay stopped is to love yourself. Once you equate addiction with self-hatred and recovery with self-love, you won’t be tempted by anyone or anything to destroy yourself. Be aware of those who are sabotaging you and those who are supporting your recovery. Hang on tight to those who love you and are supporting your efforts; they are your guardian angels. If you do slip, it will be a lot easier if your angels are helping you up the ladder again, than those who don’t care if you succeed or not. Of all the people you care about, you are the most important.

To find out more about Dr. Marks’ unique approach to draining the value out of any addiction visit https://drdonnamarks.com/etm/ and receive a FREE copy of her award-winning book “Exit the Maze: One Addiction, One Cause, One Cure.” (You just cover shipping and handling).

About the Author — Dr. Donna Marks is a licensed psychotherapist and an addictions counselor in Palm Beach, Florida. She has worked with over 6,000 clients. Donna’s struggle with addiction brought her to a worldwide search for healing. Eventually, she learned that rather than the root of every addiction was a lack of self-love. This realization completely turned her life around. In 1989, as part of her award-winning doctoral degree, Donna developed a chemical dependency training program at Palm Beach Community College, which has grown into a four-year degree. She is a certified Gestalt Therapist, Psychoanalyst, Hypnotist, and Sex Therapist. For 30 years, she has taught A Course in Miracles.

Donna is the author of two books: Learn, Grow, Forgive: A Path to Spiritual Success, and the multi-award-winning title: Exit the Maze: One Addiction, One Cause, One Cure.

Donna is a public speaker and has shared her methods with hundreds of thousands of listeners on podcasts and radio shows. Her mission is to save 10 million lives from addiction.

Get a free copy of EXIT THE MAZE