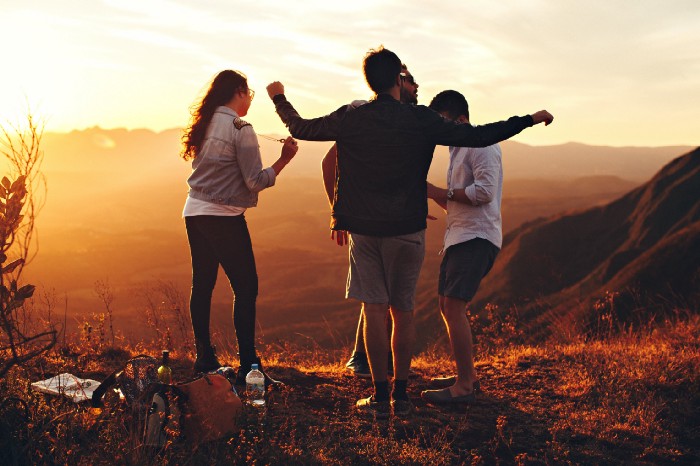 There’s a 12-Step program for just about everything. Adult Children of Alcoholics (ACA) has been around for a long time. It was a spin-off of Al-Anon, which evolved from Alcoholics Anonymous. ACA is a 12-step program that offers help to children who have been emotionally traumatized by a dysfunctional family. According to Claudia Black, a dysfunctional family operates under specific rules: “Don’t think, don’t trust, don’t feel, and don’t talk about it.” The secrets and silence are generally related to shame-based behaviors usually addiction-related.

The one 12-Step program missing is one for those parents who have children who suffer from addiction and/or mental illness. According to the Center for Disease Control, behavioral health problems such as substance use, violence, impaired driving, mental health problems, and risky sexual activity are now the leading causes of death for those aged 15–24. The death rate from overdose and suicide continues to skyrocket.

Losing a child to addiction or mental illness is an unimaginable horror that no parent ever expects to witness. To give birth to new life and watch that child repeatedly walk off the cliff of sanity not only is terrifying, but also evokes every negative emotion known to man.

Often riddled with guilt and shame of what parental failures might have “caused” the problem, parents often over-correct, which sometimes further disables the child’s ability to face the truth about his or her problem. Some parents offer every form of help imaginable, and without results, disillusioned and exhausted, they give up. Other parents, consumed in their own mental impairments, do nothing at all.

None of us has been given a parenting manual, and until recently, we did not understand the critical elements in raising mentally-healthy children. We’ve all made mistakes either from lack of knowledge, repeating the same inter-generational mistakes, or from our own impairments. I implore you to never give up on learning a better way.

Be the Power of Example

The most important thing you will ever do for your children is to be the role model that you’d like them to be. I always recommend group support (like Al-Anon) to parents, but rarely do they attend. What message does that send to their children? Children are as healthy as their healthiest parent. When a parent gets therapy, diligently goes to recovery meetings, and makes a conscious effort to grow, children are inspired in the right direction. From a long line of addiction, I’ve had the blessing of putting a mark in our family tree: “Addiction Stops Here.” I’ve been able to recover from multiple addictions, and all of my children are addiction-free.

The second most important step in helping children is to stop doing something for your child that they can do for themselves. Explaining to your son or daughter that you want to help him or her, but that this is something they are better handling on their own, might meet with resistance, but you are also communicating confidence in them. Instilling confidence builds self-esteem. One patient, Martha, learned to stop waking her son up, cleaning his room, and telling him what to do. Instead, she said, “You are 16 years old, and I know how smart and capable you are. I can see that something is wrong, and I have smelled pot and alcohol on you. I suspect you’re using other drugs as well. I’m here to help you, but I’m not going to cover for you or baby you any longer. I love you more than anything, and it hurts to see you doing things that are ruining your life. When you’re ready to get help, let me know.” Three weeks later, when he was injured in a drug deal gone wrong, he asked for help. He is now five years sober.

If your child is impaired to the point of not being able to be responsible for themselves, all legal measures should be taken to protect the child. Every state has a legal system to assist with helping people who are too mentally impaired to help themselves.

A parent can take responsibility to do better, but a child must claim responsibility, too. Your child has to be willing to accept help and follow the steps to wellness. Children are a lot more capable than for which their parents give them credit. But we have to afford them those opportunities by stepping aside.

Fortunately, all mental illnesses: bipolar disorder, major depression, and schizophrenia can be treated with medication. Help for addiction is abundant as well. No child has to suffer from either illness but has to follow the treatment plan if they are to stay free from the symptoms and lead productive lives. The best prevention for any addiction is to show by example and teach children to love themselves enough to avoid all addictions at any cost.

Parents who lose their children to drug-related deaths or suicide are facing the unimaginable. Some of the patients I’ve seen are in such a state of shock; they cannot withstand the hidden pain. But facing the pain is the only way out of the agony. Most parents blame themselves (or others), and anger is the first step, but it won’t heal the loss. After you get the anger out, allow the pain valve to open so the wound can be drained of sorrow. We are not supposed to go to our children’s funerals, but the death of a child doesn’t have to be a family death. A family can heal together, and over time, use their tragedy to help others.

Where Do Parents Go?

Many parents who have addicted or otherwise impaired children, or have lost them, have found support groups, therapy, or have even started their own grief groups. I’d like to see a group for parents of dysfunctional children. It could be called APAM (Adult Parents of Children with Addiction and Mental Illness). ACA provides help to children from dysfunctional families where they are taught how to grieve the past and learn how to take better care of themselves now. A support group for parents to learn they are powerless over their children’s behavior, but they are not powerless to love their children, provide the right kind of help, and learn how to grieve a lost child. Parents who have recovered from the pain, can share their experiences and healing with the newer attendees and provide hope and support.

Get the help that you need. Every choice is between love and fear. When we face the fear and walk through it, we are choosing to no longer succumb to the guilt and shame of the past. Only then can we heal and fulfill the lives we were meant to live.

It is okay to think, trust, feel, and talk about it, and now is the best time to start doing just that.

About the Author — Dr. Donna Marks is a concierge licensed psychotherapist and addictions counselor in Palm Beach, Florida. She has worked with over 6,000 clients. Donna became interested in working with addiction because she had to overcome her own addiction and couldn’t find the proper help. Eventually, she learned that rather than trying to “get well,” she had to learn to love herself. This realization completely turned her life around. In 1989, as part of her award-winning doctoral degree, Donna developed a chemical dependency training program at Palm Beach Community College, which has grown into a four-year degree. She is a certified Gestalt Therapist, Psychoanalyst, Hypnotist, and Sex Therapist. For 30 years, she has also taught A Course in Miracles.

Donna is the author of two books: Learn, Grow, Forgive: A Path to Spiritual Success and award-winning Exit the Maze: One Addiction, One Cause, One Cure.

Donna is a public speaker and has shared her methods with hundreds of thousands of listeners on podcasts and radio shows. If you’d like to join her movement to save millions of lives from addiction visit: